Here is a chart showing all the body style numbers for each of the years. The majority of the assembly plants showed an 8 cyl. body style on the cowl tag, regardless of the engine size. However, some plants showed a 6 cyl. designation if the car was to have such an engine. When trying to figure out if your car had an L6 or V8, always go by the VIN number.  Note: 1966 Super Sports from Oshawa will have a plain Impala body style with a bucket seat interior code and RPO code A51, which also means bucket seats. 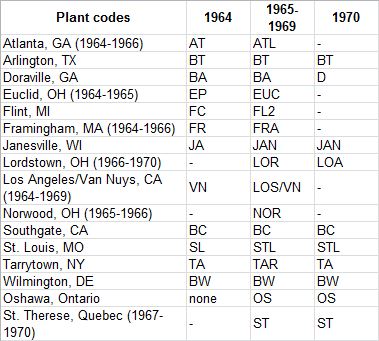 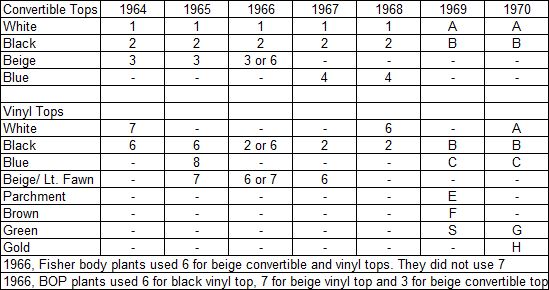 Interior
The interior code is a three digit number that shows the color, fabric type and style of the seats. A single letter or number can follow it. The Wilmington, DE assembly plant listed the interior paint code after it 1964-1968. Some plants listed the top (vinyl or convertible) color in this location with a number and some other assembly plants used a letter in 1966 and 1967 to signify the front seat type and whether it had headrests. 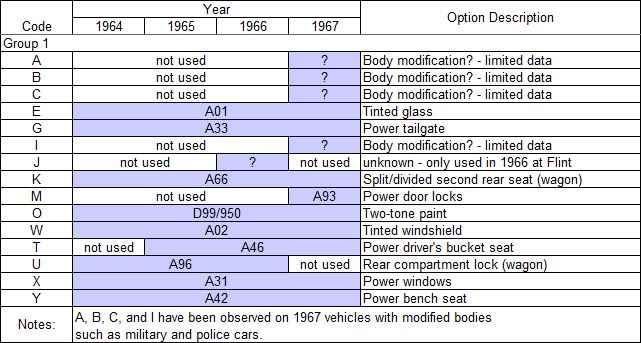